I am a loyal listener of the Dutch Sinquest podcasts.
The podcast in which Mistress Eve was interviewed made me very curious. Goddess Eve was dazzlingly beautiful, eloquent and intelligent and the ever so slight accent from the south of the Netherlands definitely won me over. I’ve had submissive feelings for a large part of my life, which i can’t express enough in my relationship and after hearing Goddess Eve, i decided to create an OnlyFans account especially for Her.

When i got to the point where just thinking about paying for Her was giving me a constant leaking dick and i had to bring clean underwear to work, She rationed me by setting the tributes to a maximum of $1 and only showing me bills that i was not allowed to pay. This in turn led to a further amplification of the urge to pay and this showed me just how far i would go in begging to please be allowed to pay for Her. Fortunately, She gradually allowed me to pay a little more. Sometimes Goddess gave me the chance to sit back and enjoy it to the fullest, but other times She made me make the payments during a work. The latter created a completely different kind of arousal because it taught me that being ordered to pay tributes to Her anytime She wants, is very exciting, even when it suits me badly. By the way, when i wear my cage, I’m constantly reminded that SHE determines all this for me and that i have nothing to say about this because i am Her FinDom cuck. In the meantime i had sent Her a key to my cage and You had written to me that after receiving it, She might want to give me a new name, which better reflects that i am owned by Her and no longer have my own identity.

As a next step, She showed me the prices of some laptops suitable for editing the movies She wanted to record with Her new camera. i immediately became very excited at the thought of being able to pay this for Her, but because these laptops were quite expensive, i had to think about that for a while. Yet the urge to pay for this, soon became so strong that i begged and begged Her to please be allowed to pay for this. Just thinking about this payment gave me a near-orgasm feeling at that moment.

In the run-up to our Skype conversation, She made me pay larger and larger amounts. She also ordered me to pay for certain costs directly on Twitter a number of times, in front of all Her followers. i also find these public commands extremely exciting. She already wrote on Twitter that She was working towards having me pay a very large bill.

And then came the Skype call…..

Although i was so tense and excited that i would have preferred to make the first payment right away, She started with a relaxed chat. Goddess mentioned, among other things, the Linda report on FinDom to which She contributed. She also informed me that She had not opted for a laptop, but for a PC that was slightly more expensive. Of course i also wanted to pay for this. Then She showed me the beautiful Casadeis which, to my great fortune, She had allowed me to pay for. If we had actually sat opposite each other and She had allowed it, i would have licked them clean for Her, including the soles.

She asked what i would think of laying tributes at Her feet somewhere outside in public, kneeling on the ground in supreme submission. i replied that it seemed much more exciting to me than via the internet and that i certainly would do this. She asked me to show my cage. When She had a good view of the cage, She noticed that it should be a size smaller. i had also noticed that the cage that barely fit a few months before, was already a bit on the large side. i promised to buy a smaller cage. Probably my dick is shrinking because it no longer has any function and it is on the way to becoming a clit. She asked if i knew that the female orgasm is much better than the male (squirting) orgasm. So i can only hope that my dick will accept the new situation as soon as possible and will continue to shrink because male orgasm probably won’t happen very often for me anymore.

Goddess Eve sent me a payment link, which i was allowed to click 8 times, spread over the conversation. When i saw the link, my cage was a bit tighter and my dick already started to pump.

After that, to my great delight, i was finally allowed to press the payment link twice. It was wonderful to finally be able to pay larger amounts again. The only drawback was that i had to perform many actions (open banking app, enter 2x PIN code, etc.) and that i could therefore not fully concentrate on Her beautiful and compelling eyes.

She asked me if my dick was leaking. i rubbed my fingers over the cage and through the puddle of drops that now lay on the seat of my chair. i showed Her the thread-drawing fluid on my fingers and at Her command i licked it off my fingertips. It was wonderful to be able to do this on Her behalf. She showed me Her divine body and asked me what i thought about Her letting it be touched only by uncaged men. Of course i can’t help but resign myself to the fact that She will never let me touch Her in that way. She only deserve the best in all areas and unfortunately i cannot offer Her that. But i would be proud if i can assist Her (hotel payment, lingerie etc.) in having a nice experience with a man who deserves Her.

i was allowed to press the payment link twice again and completely unexpectedly i felt my dick shrink instead of getting bigger. It was then that it became clear to me that this is my future and that achieving a male jerking orgasm is going to be increasingly difficult. i also now know that eventually the FinDom orgasm without ejaculation will probably be my only way to climax.

She showed me Her divine buttocks. Goddess Eve wanted to know how i would feel if She sat on my face with this and that the moment She allowed me to take a breath, i could press the pay button at the same time. i am sure i would consider it an infinite honor, for You to deign to touch Your slave’s face with Your divine buttocks. In combination with pressing the payment button, that would be an otherworldly experience. i wanted to worship every fiber of Her divine body at that moment and asked if i might ever drink Her Champagne because it would be an indescribable honor.

And again i was allowed to press the payment link twice. The wonderful feeling that comes with this, spread further and further through my body, but my dick remained small, as it should be.

After i recovered a bit from the payments, i realized i only had two more times to go. i was allowed to beg Her to make an extra payment. You were kind enough to allow me this.

She told me that there was a chance that She would never allow me to cum again. Although that would be very difficult, i would of course accept that. The FinDom orgasm feels almost as good now and probably even better in the future. You made me take off my cage afterwards. i had to look for the only remaining key because the other one was on its way to Her by mail. The cage came off easily and She allowed me to massage my dick with thumb and forefinger. We talked about how far i would go for Her with my payment fetish. We agreed that if it ever comes to a social meet or ever to an appointment in a studio, we can explore these possibilities. She mentioned that She would like to meet me someday to explore other aspects of my submission. i would of course very much like to do that in the future and am looking forward to it already.

After a while, when i had come to my senses, She ordered me to wipe my sperm off the ground with a finger and lick it off my fingers before Your very eyes. This too was wonderful to do on Her behalf.

After that we chatted for a bit and agreed to hopefully have a social meet in the future.

It was a great experience. i look forward to doing something like this again in the future via Skype or rather in person. Finally, i would like to thank Goddess Eve again for everything that She have made me experience. So far it has been a wonderful journey of discovery to a part of myself that i did not know.

Make sure to read about the way I offer sessions and where.
If you want to serve Me make sure you approach Me in the way I want you to. 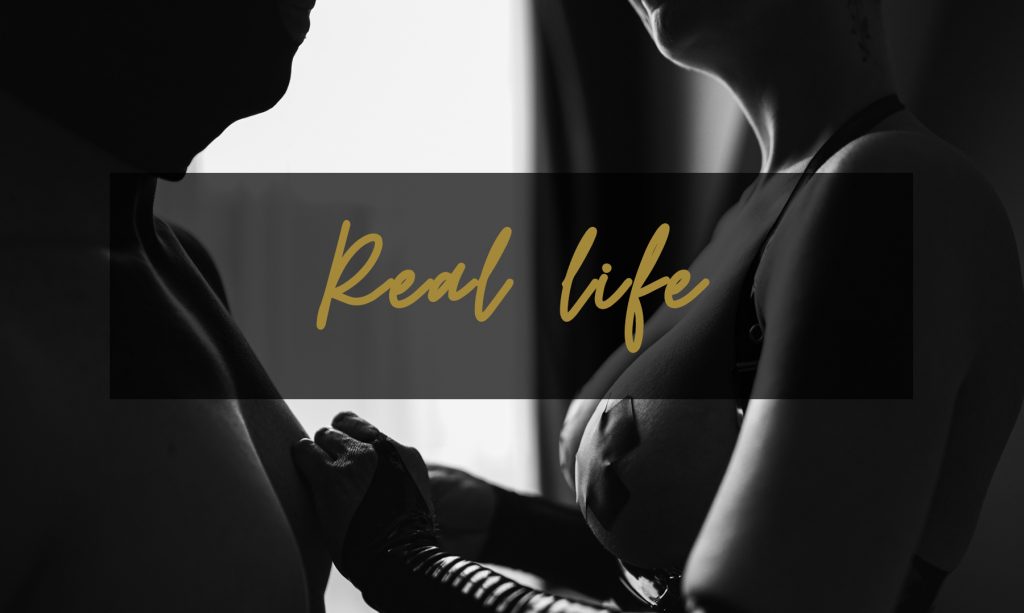 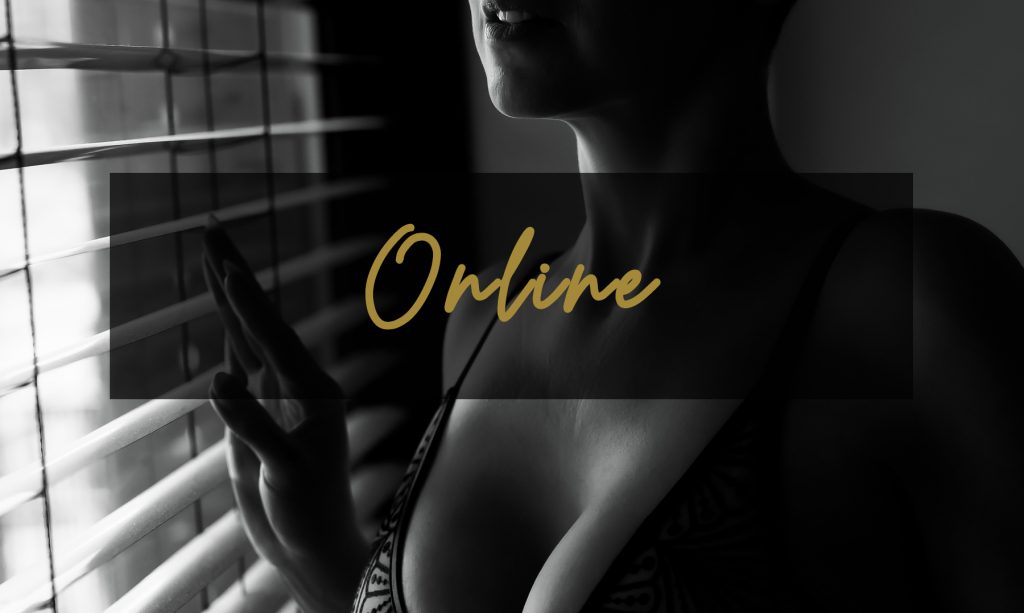